Would you like to dive with Angel Sharks in Gran Canaria?

Get in contact here to dive with sharks in Gran CAnaria!

Are there sharks in Gran Canaria? 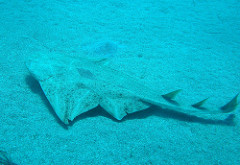 The Angel shark is the shark that most people associate with Gran Canaria! 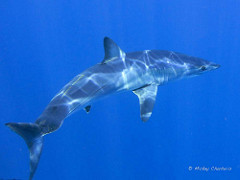 This shark is commonly found far from land in Gran Canaria! 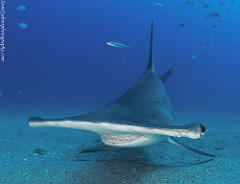 These sharks are often found near the fisheries in Gran Canaria! 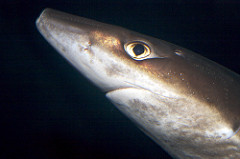 Will I see these sharks when scuba diving in Gran Canaria?

You can see sharks when diving in Gran Canaria, but it is very rare to find any shark species other than the angel shark when scuba diving. This is because:

Because of this the sandy bottom composition of Amadores Bay, El Cabron and Risco verde are the best dive sites to find them. It is common for angel sharks to hunt from the same place for about ten days. If we see an Angel shark at the beginning of the week, it is common to find them again on another day in the same dive site.

When is the best time to see sharks in Gran Canaria?

Angel Sharks are usually solitary creatures except during mating season. Angel sharks typically mate in the Springtime, making the springtime the best season for finding angel sharks. But it is not uncommon to see them all year round. Our scuba diving instructors know their best hiding spots!

Is it safe to scuba dive in Gran Canaria?

Completely! In the world, out of 500 species of sharks, only a handful pose any threat to humans. The sharks that live in Gran Canaria all prefer to eat fish instead of scuba divers (phew!) As I said earlier, it is very rare to see any other sharks than Angel sharks. With this being said:

So yes, not only is it safe to scuba dive in Gran Canaria, but it is safe to swim in the water!

Sadly, It is true that Angel sharks are critically endangered.

The main threat is the use of trawling nets. Because they lie on the bottom of the sea, they often get caught in the bottom fishing nets.
More threats include catching the sharks for food, or for collecting oil that can be extracted from the shark.

I hope this blog helped answer some of your questions. The most common species of shark to see when scuba diving in Gran Canaria is the Angel Shark, but we still hope to find others! However if you don’t manage to spot a shark we still have an abundance of other marine life and impressive volcanic rock formations that more than make up for it. Happy bubbles! 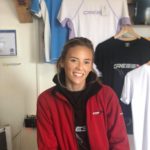 Sophie Keningale works hard to share her passion for scuba diving through her blog posts and hopes to offer useful information for scuba divers and those holidaying in Gran Canaria. Sophie owns and operates Leagues Ahead Diving with her partner James and the center has been open since 2017.