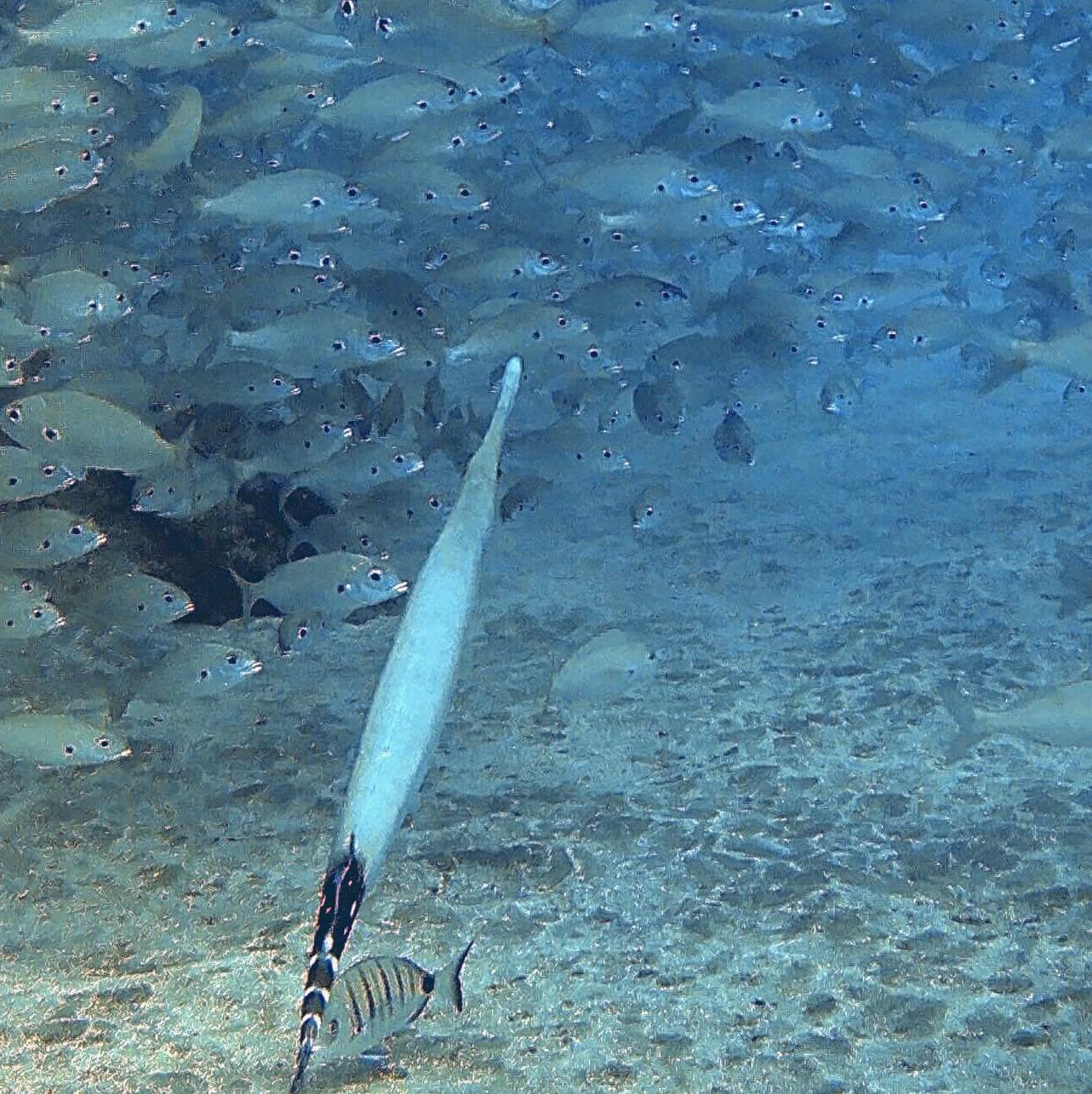 While diving in Gran Canaria we often see many weird and marvelous species of fish. Some might say that the Trumpetfish is the weirdest of them all. Although they might not look like your conventional species of fish, they are a highly adapted species. Let’s take a look at this often misunderstood species of fish that inhabit the waters of Gran Canaria. 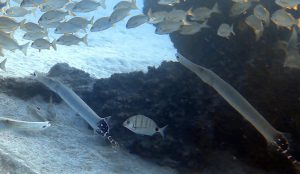 Trumpetfish have a long elongated shape and can grow up to 10 ft in length. They are typically brown or grey in color with black or brown mottled spots. Like the octopus, trumpet fish are also masters of disguise! Their coloring allows them to blend in perfectly with the bottom composition of dive sites such as El Cabron, Tufia and Amadores Bay. The Trumpetfish has chromatophore cells, this allows them to change their color to blend into different environments.

In addition to their coloration, they commonly swim in a vertical position and remain motionless letting the current transport them. Although to scuba divers this technique just looks poor buoyancy, it allows them to disguise themselves as branches of gorgonians or debris. In turn, this prevents their prey from detecting them and protects them from predators.

Trumpetfish have a largely elongated snout which resembles a trumpet (hence the name,) and they have small teeth on their lower jaw.

Trumpetfish are exclusively piscivorous, put simply, this means they eat small fish such as Damselfish and Crustaceans.

Although they may not look like it, Trumpetfish are ambush predators. Their method of hunting can be compared to that of a vacuum cleaner. Because Trumpetfish are diurnal creatures ( meaning they only hunt during the day) they need to be quick.

The Trumpetfish maintains its vertical position. Prey then swims below the trumpet fish who creates a large amount of suction and sucks up the fish. This particular method of feeding is called pipette feeding. Trumpetfish can open their mouths as wide as the size of their own body!

You will find this species of fish in shallow water. They reside in depths ranging from 2-20 meters in coral reefs, grassy areas or lagoons typically in the Indo-Pacific and eastern Pacific ocean.

The Trumpetfish’s method of mating is very similar to that of a seahorse. Trumpetfish take part in an impressive mating ritual to attract a mate. The female passes her eggs to the male trumpet fish who then continues to fertilize them. Like the seahorse the Male Trumpetfish then carries and continues to care for the eggs until they are ready to hatch.

Contact us to see Trumpetfish in El Cabron here!