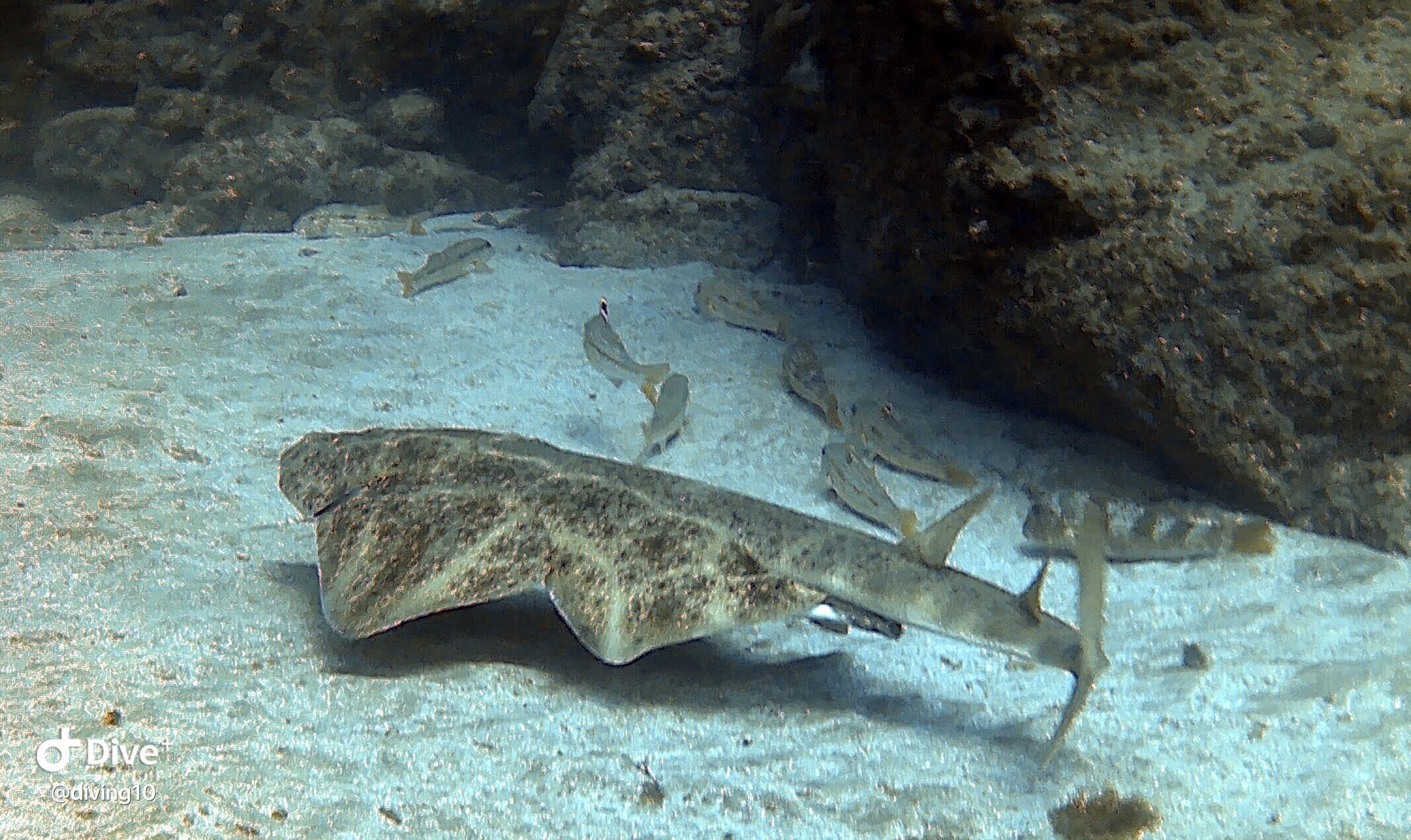 There are 21 species of angel shark. 10 are marked as threatened by the International Union for Conservation of Nature and 3 are critically endangered including the Squatina squatina, the species native to the Canary Islands. Because of this, Leagues Ahead Diving have outlined all you need to know about this amazing species of angel shark that we see while diving Gran Canaria. We have created a series of blogs concerning the fish species of Gran Canaria with the hope of educating scuba divers about the underwater world and to raise awareness about ocean conservation.

Physical characteristics of the Angel shark:

You may have heard about the elusive Angel shark that is native to the Canary Islands, but how can you identify them when scuba diving (clue, it can be quite difficult!)

The Angel shark belongs to the family of Squatinidae. In total there are 21 species of Angel shark that differ in size, color and the type of habitats they prefer. They are masters of disguise and their coloration of brown, green and black skin allows them to blend in perfectly to the bottom composition of Gran Canaria. Angel sharks grow to an average of 5 feet in length and can weigh as much as 77 pounds! They have large eyes that ensure they possess excellent vision making them an efficient ambush predator. On first glance, It may be easy to mistake an Angel shark for a Stingray or a Skate. However, while Stingrays use their pectoral fins to swim Angel sharks swim with their tails just like other sharks, instead preferring to use their pectoral fins for steering. 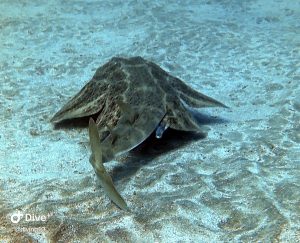 ● The Angel shark has whiskers on their nostrils called barbels which help them taste and feel for their prey.

● In their natural habitat, Angel sharks can live for up to 30 years!

● The Angel shark has a wide mouth that is equipped with many rows of very sharp teeth!

The Angel shark inhabits tropical and temperate waters just like Gran Canaria. They are benthic ambush predators meaning you’re likely to find them on the sandy sea bottom often buried within the sand and rock formations. This is why dive sites such as El Cabron, Risco Verde, and Tufia in Gran Canaria make the perfect home for these bottom-dwelling sharks. Unlike most shark species that need to swim in order to breathe, the shark has spiracles on its head which pump water to its gills. This means that an Angel shark can stay in the same area for eight to ten days. One of the species of Angel Shark dwells in depths of around 1,300 meters! (better get your deep diver specialty)

What do Angel sharks eat?

The Angel shark is a carnivore. Its diet includes:

Many people think of sharks as nontactile killing machines. However, this is far from the truth, with Angel sharks proving themselves to be extremely tactical hunters. They are nocturnal predators that lay motionless hidden in the bottom composition. This is where they wait for their prey to appear (yikes!). Angel sharks use their barbels to sense the movements of their prey and when the prey approaches close enough, the shark raises the front half of its body and captures its prey in a tenth of a second. Angel sharks are renowned for having a favorite hunting spot, with them staying in the same location for up to ten days. However, it will move several miles in order to find a new spot and catch its dinner!

So Angel sharks have proven themselves to be quite the predator, but is there anything that hunts Angel sharks? Sadly the biggest threat to Angel sharks is inshore fishing. As they are bottom-dwelling sharks they get taken as bycatch caught in the lines and nets of the fishermen. One of Gran Canaria’s best dive sites El Cabron is a marine reserve. The marine reserve status ensures that no destructive activities such as fishing or boating can take place in this area. As a result of this status, Angel sharks thrive in this dive site.

Angel sharks are aplacental viviparous animals (we can’t pronounce it either.) This means they hatch their eggs inside their body. The pregnancy of an angel shark lasts for 8 to 10 months and often delivers 7 to 25 small but fully developed sharks to the world. Mating season takes place during the springtime.